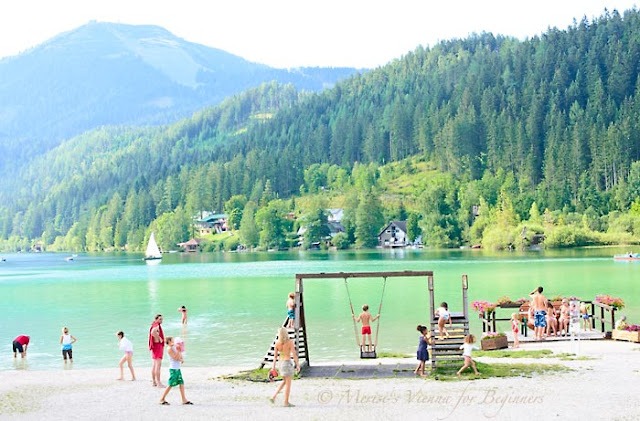 Erlaufsee
A mountain lake near Mariazell
85 miles southwest of Vienna
The border between Lower Austria and Styria
runs right through the lake
Image and Text © by Merisi
50mm lens
Link:
From Wikipedia: Mariazell Basilica, Styria, founded in 1157,
also known as Basilica Mariä Geburt (English: Basilica of the Birth of the Virgin Mary),
is a Marian basilica in Mariazell, Austria. It is the most important pilgrimage destination in Austria and one of the most visited shrines in Europe.[1] In the church, a miraculous wooden image of the Virgin Mary is honored.
The territory around Mariazell was given to the Monastery of St. Lambrecht around 1103, and the monks built cells there in order to serve the local residents. Legends give the town's founding day as December 21, 1157, but it is first documented in 1243. A Marian altar was dedicated there in 1266.
Posted by Merisi at Tuesday, August 18, 2015