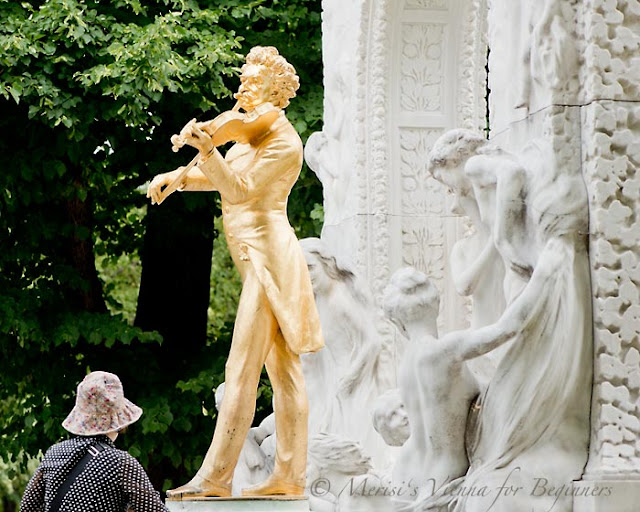 Honoring the Waltz King
Rain or shine, the music
and the flow of admirers never stops
Image © by Merisi
Link:
Johann Strauss II at Wikipedia:
"Johann Strauss II (October 25, 1825 – June 3, 1899), also known as Johann Strauss, Jr., the Younger, the Son (German: Sohn), Johann Baptist Strauss, was an Austrian composer of light music, particularly dance music and operettas. He composed over 500 waltzes, polkas, quadrilles, and other types of dance music, as well as several operettas and a ballet. In his lifetime, he was known as "The Waltz King", and was largely then responsible for the popularity of the waltz in Vienna during the 19th century."

"Alfred Hitchcock made a low-budget biographical film of Strauss in 1933 called Waltzes from Vienna.[30] After a trip to Vienna, Walt Disney was inspired to create four feature films. One of those was The Waltz King, a loosely adapted biopic of Johann Strauss, which aired as part of the Wonderful World of Disney in the U.S. in 1963.[31] In Mikhail Bulgakov's 1940 (published 1967) novel, The Master and Margarita, Johann Strauss conducts the orchestra during Satan's Great Ball at the invitation of Behemoth."