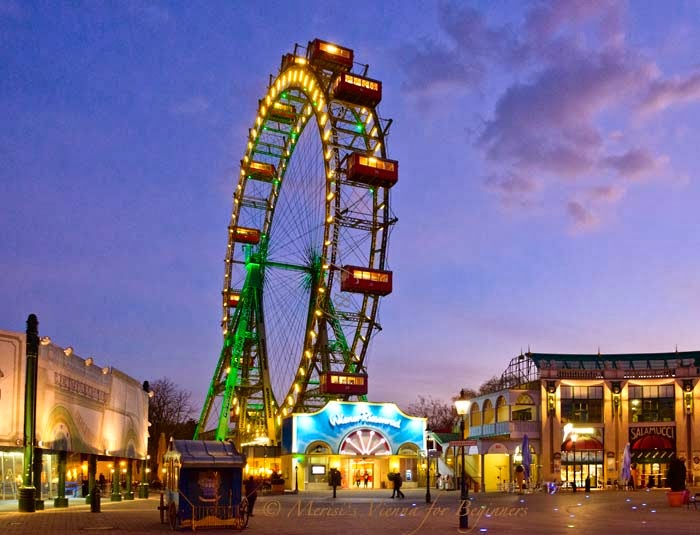 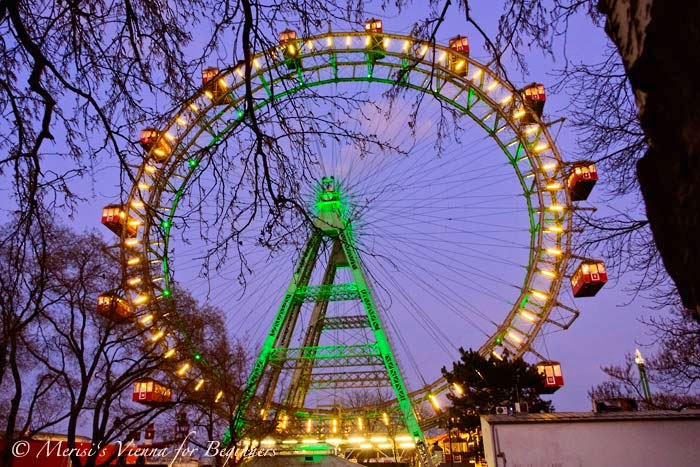 The Giant Ferris Wheel was opened
in 1897 in Vienna's Prater park,
to celebrate the 50th jubilee
of Emperor Frances Joseph I 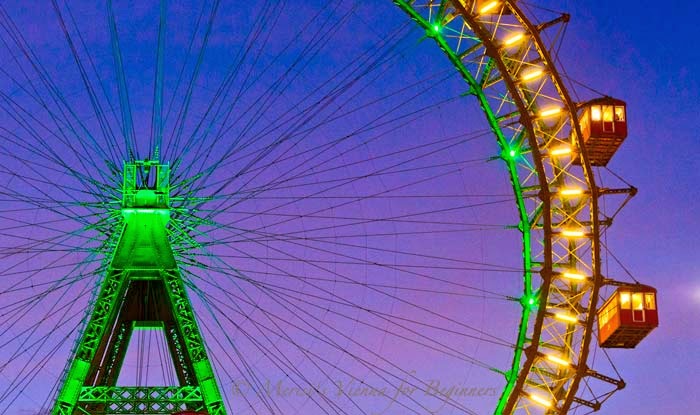 "The Riesenrad famously appeared
in the 1949 post-war film noir The Third Man,
and also featured in the 1973 spy thriller Scorpio,
and the 1987 James Bond film, The Living Daylights.
It also appears in The Star of Kazan by Eva Ibbotson,
Max Ophüls' Letter from an Unknown Woman
and its Generation X counterpart,
Richard Linklater's Before Sunrise,
and The Glass Room by Simon Mawer."
Quoted from
-> Wikipedia's Wiener Riesenrad - Giant Ferris Wheel 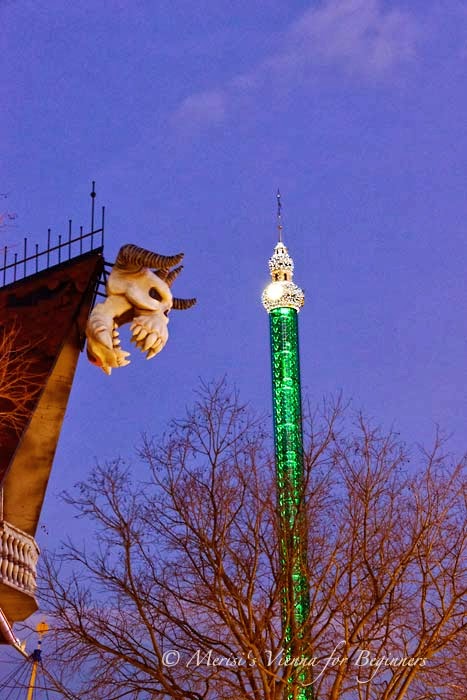 Links:
-> Homepage Riesenrad - Vienna's Giant Ferris Wheel
-> The Third Man + Harry Lime Theme and locations
(My search for the famous Ferry Wheel scene with Orson Welles, alas,
was unsuccessful. The images shown in the link are contemporary;
the movie was shot in 1949, in a city still showing the scars
and devastation of World War II)
-> Before Sunrise Trailer
Posted by Merisi at Tuesday, March 18, 2014