Gustav Klimt's Neighborhood
In the Time of Cherry Blossoms 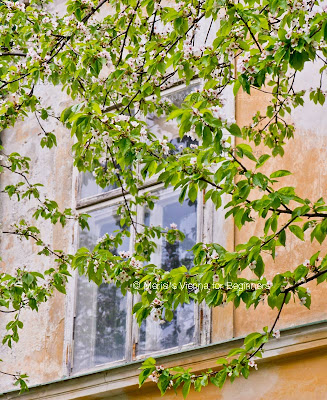 Cherry Tree in Bloom
I almost missed the cherry blossoms
in Klimt's neighborhood, I arrived today
barely in time to see the last of the blossoms
still hanging on 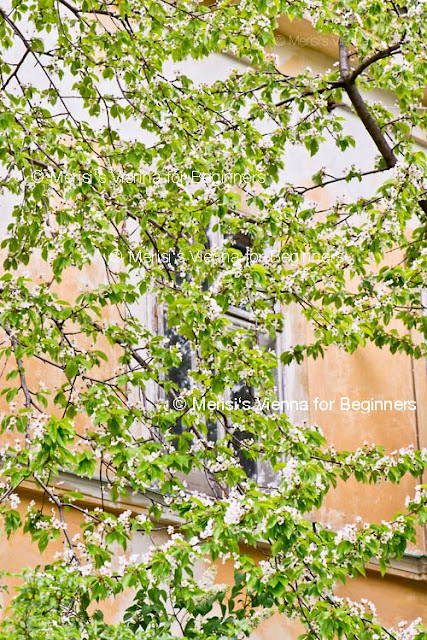 Suddenly, a strong wind arose,
and the branches of the tree started swaying back and forth,
shaking loose a cloud of cherry blossom petals -
the wind carried it up high up and when it released
the petals, they started drifting slowly to the ground 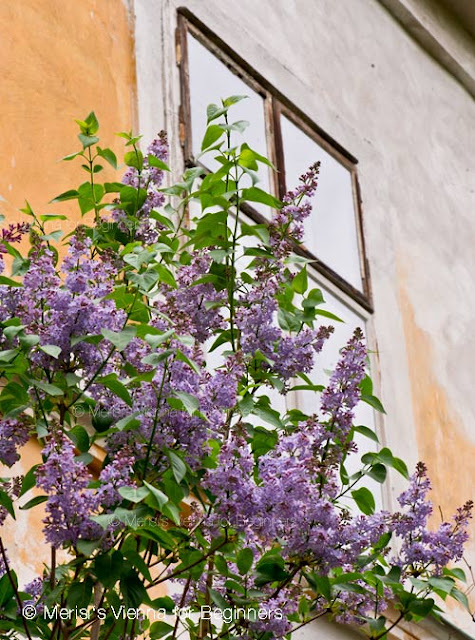 Next to the fading cherry tree,
clusters of purple lilac blossoms
were already sending out their heady fragrance,
heralding the next wave of spring colors

Photographed 27 April 2013
Images and Text © by Merisi
Links:
-> About Strehler's Cherry Orchard
-> Giorgio Strehler's "Il Giardino dei Ciliegi" - Piccolo Teatro di Milano::
Scenes from the famous Strehler production of "The Cherry Orchard" at the Piccolo Teatro in Milan, with Luciano Damiani's abstract set design, all in shades of white, and Valentina Cortese starring as Madame Ranevskaya.
Watching it is a visual and aural fast.

I had the incredible luck of seeing this play several times,
in Milan and in Rome. Even though I was way too young to properly appreciate the brilliance of Strehler's mise-en-scène, it has left an indelible impression, not least because of Valentina Cortese's supurb acting and the ingenious stage set.

When the wind rose today while I was standing under the cherry tree,
the final scene of Strehler's Cherry Orchard appeared in my mind,
the great white silence that fell over the empty room, spreading
from the stage to the audience, when from deep within the inner recesses
of the stage a barely audible lament could be discerned, as if coming from
the contraction of an organ bellows. Then, the muffled lilting groan of
the sudden expansion of the bellow's folds, releasing in a last giant sigh
the pent-up pressure, like a human being exhaling and freeing its soul
of past disappointments and regrets. In the vaccum of the deserted stage a wind arose,
lifting the veiled sky while the airflow carried silken leaves from the dying cherry trees into the silenced audience.
Images and Text © by Merisi
Posted by Merisi at Sunday, April 28, 2013