Maria Theresa still reigns supreme
Not only at Christmastime 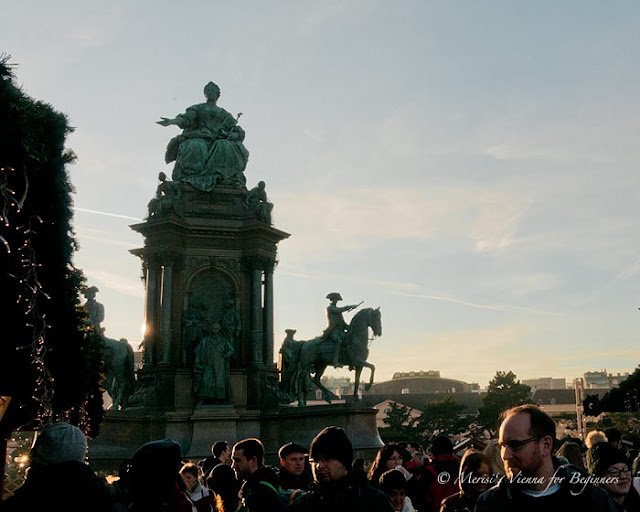 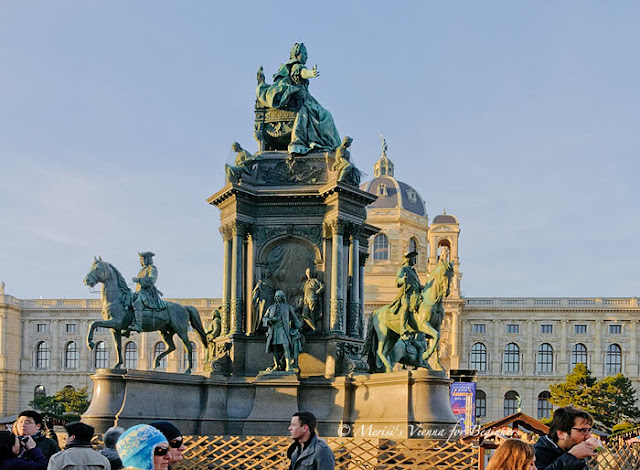 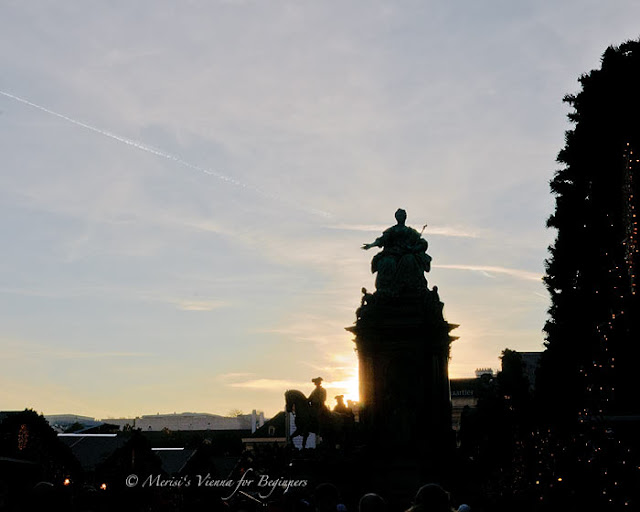 The monument, created by Kaspar Zumbusch
over the course of almost two decades, was officially presented
to the public in 1888 - Maria Theresa holds a scroll of the 1713 "Pragmatic Sanction"
issued by her father, Emperor Charles VI, allowing women to ascend the throne

Photographed on 27 December 2015, in mid-afternoon,
during the "New Year's Market" at Maria-Theresien-Platz
Images and Text © by Merisi
Links:
-> Maria Theresa at Wikipedia:
"Immediately after her accession, a number of European sovereigns who had recognised Maria Theresa as heiress broke their promises"
-> Maria Theresa (1717-1780), archduchess of Austria, Holy Roman Empress, and queen of Hungary and Bohemia (King's College):
"Maria Theresa (1717-1780), archduchess of Austria, Holy Roman Empress, and queen of Hungary and Bohemia, began her rule in 1740. She was the only woman ruler in the 650 history of the Habsburg dynasty. She was also one of the most successful Habsburg rulers, male or female, while bearing sixteen children between 1738 and 1756."
"Maria Theresa was the eldest daughter of Holy Roman Emperor Charles VI. In 1711, Charles VI found himself the sole remaining male Habsburg. An old European law, the Salic Law, prohibited a woman from inheriting her father's kingdom. Concerned that he may not father a son, Charles VI issued a decree in 1713, known as the Pragmatic Sanction. This document guaranteed the right of succession to his daughter. At this time, many of the great powers of Europe agreed to her succession of power, at a price. Upon the death of Charles VI in 1740, however, challenges to the Habsburg lands led to the War of the Austrian Succession."
"King Frederick II of Prussia was her first challenger, when he took the occasion of Charles VI's death to occupy Silesia, beginning the War of Austrian Succession (1740-1748). Bavaria and France joined in and invaded Maria Theresa's lands from the west."
-> Marie Antoinette, born Maria Antonia Josepha Johanna von Habsburg-Lothringen (2 November 1755 – 16 October 1793), an Archduchess of Austria, was the fifteenth and penultimate child of Francis I, Holy Roman Emperor, and Empress Maria Theresa
Posted by Merisi at Friday, February 09, 2018