The Baroque Orangery of Schönbrunn
What lies beyond the Fence 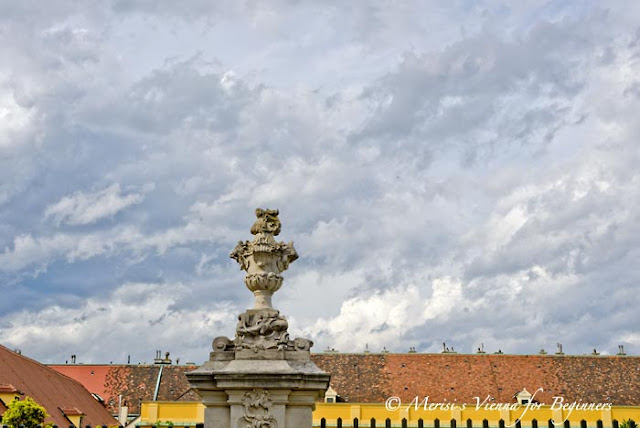 Schönbrunn's Orangery
Standing on tiptoe, looking over the fence
at the roof of the orangery and the swelling clouds beyond,
lit by the late afternoon sun of a beautiful midsummer day

Photographed 22 June 2015 at 5:00:15 PM
Image and Text © by Merisi
Link:
"As far back as the time of the dowager empress Wilhelmine Amalie an orangery garden was established at Schönbrunn which included a hothouse for overwintering the tender citrus trees. In 1754 Franz I Stephan instigated the building of the Orangery by Nicola Pacassi, probably to designs by Nicolas Jadot. One hundred and eighty-nine metres long and ten metres wide, the Schönbrunn Orangery is one of the two largest Baroque orangeries in the world the other being at Versailles"
-> Quoted from the homepage of Schloss Schönbrunn: Orangery
50mm lens
Posted by Merisi at Saturday, June 03, 2017