Vienna is Different: No New Park without a Coffee Place
There Grows a New Coffee House in Helmut-Zilk-Park 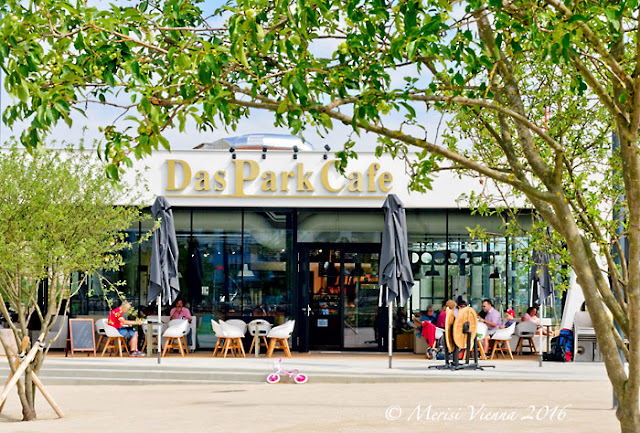 There Grows a New Coffee House in Favoriten
I still remember when I first walked up Schönbrunn's Gloriette Hill and thought what a splendid place this would be for a coffee house. Well, you all know the surprise that waited for me, once I was up on top of the hill, don't you? ;-) Ten years later, Vienna still surprises me, often and in the most unexpected ways. You may have heard about the humongous building site, diagonally across the street from Prince Eugene's Belvedere. The old train station was torn down some years ago, and in that location a big new central railway station went up. Several new hotels and apartment blocks have also been built, and a big new park, the Helmut-Zilk-Park, officially opened the other day. I happen to be near the railway station quite often, and have been admiring the newly planted trees of the park, and the wildflowers blooming along the path that leads around it. Yesterday morning I discovered that in the middle of all that new green heart of the neighborhood a surprise was waiting for me, a brandnew coffee house - oh Vienna! 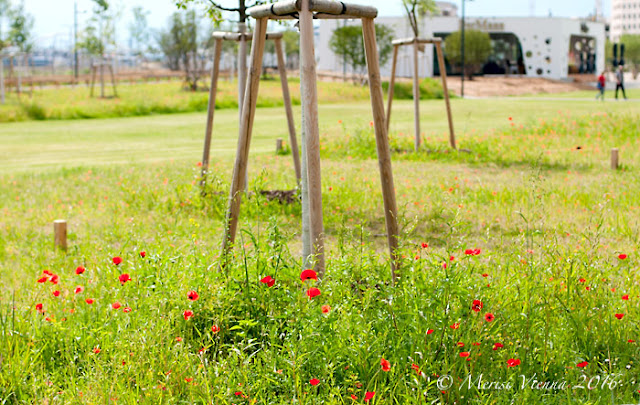 Am I Dreaming
Walking along the winding path,
spying what looks like ... 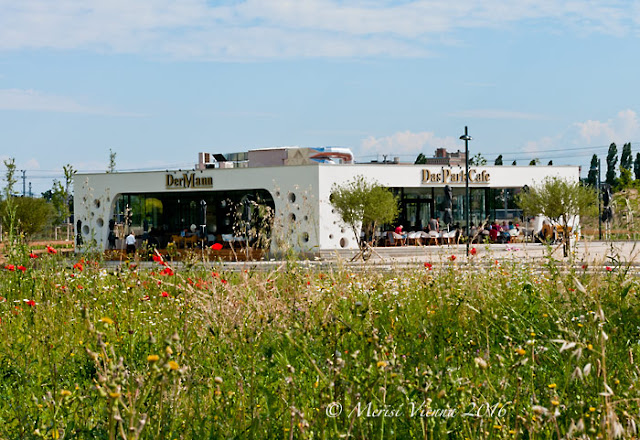 Dreams come True
After all, this is Vienna,
and Vienna IS special, it truly is!

Photographed the morning
of Saturday, 9 July 2016
Images and Text © by Merisi
Stay tuned for more! :-)