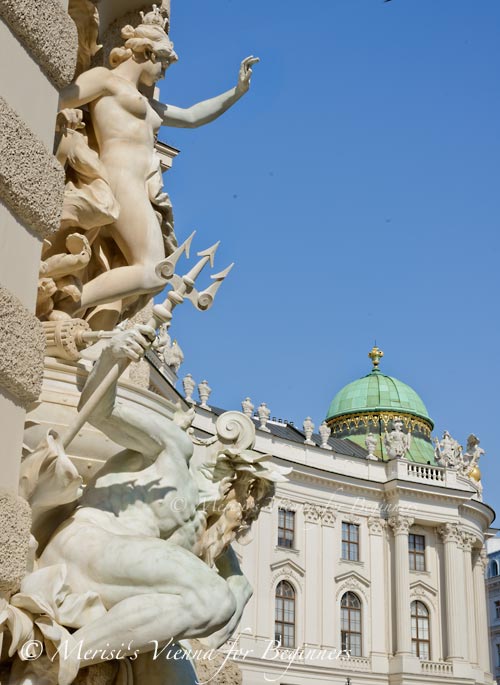 Early Morning Scene
Detail of the Power at Sea fountain,
and St. Michael's Gate with its verdigris dome 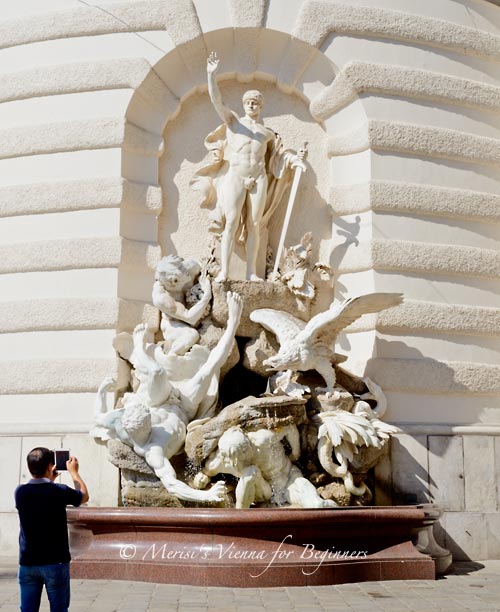 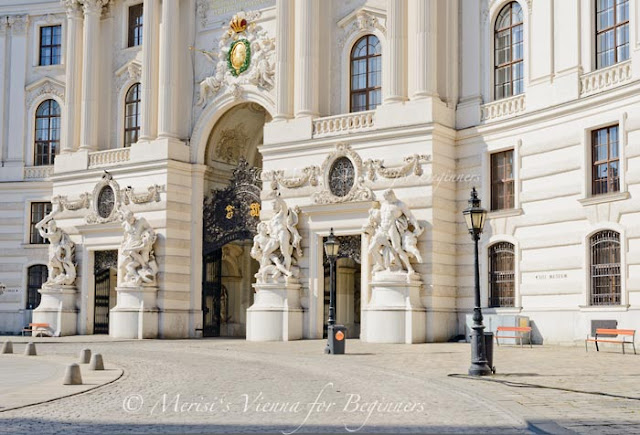 Links:
-> "The St. Michael's Wing was also planned by Joseph Emanuel Fischer von Erlach, and it serves as the connection between the Winter Riding School and the Imperial Chancellery Wing. However, because the old Imperial Theatre (Burgtheater) stood in the way, these plans remained unrealized until Ferdinand Kirschner built the wing from 1889 to 1893, utilizing a slightly altered plan." (Hofburg - Imperial Palace at Wikipedia)
-> More images of Merisi's Michaelerplatz
50mm lens
Posted by Merisi at Monday, May 23, 2016