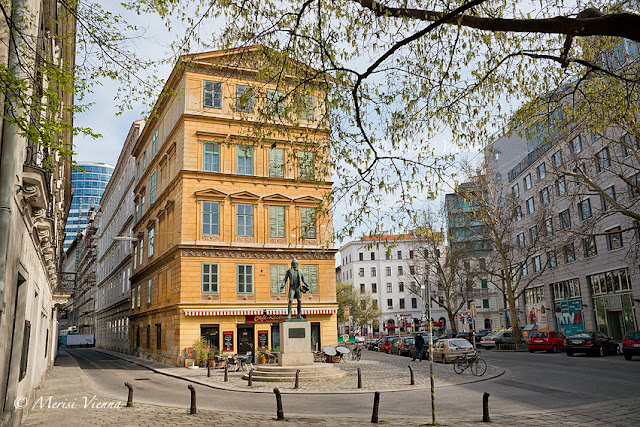 The Nestroy monument is located a few hundred feet as the crow flies
across the Donaukanal from Schwedenplatz in the First District
Images © by Merisi
Link:
-> Johann Nepomuk Nestroy (7 December 1801 – 25 May 1862) at Wikipedia:
"Johann Nepomuk Eduard Ambrosius Nestroy .... was a singer, actor and playwright in the popular Austrian tradition of the Biedermeier period and its immediate aftermath. Dubbed the "Austrian Shakespeare", in style he is more comparable to Molière."
Posted by Merisi at Wednesday, March 23, 2016