A Walk in the Third District
One enchanted Evening 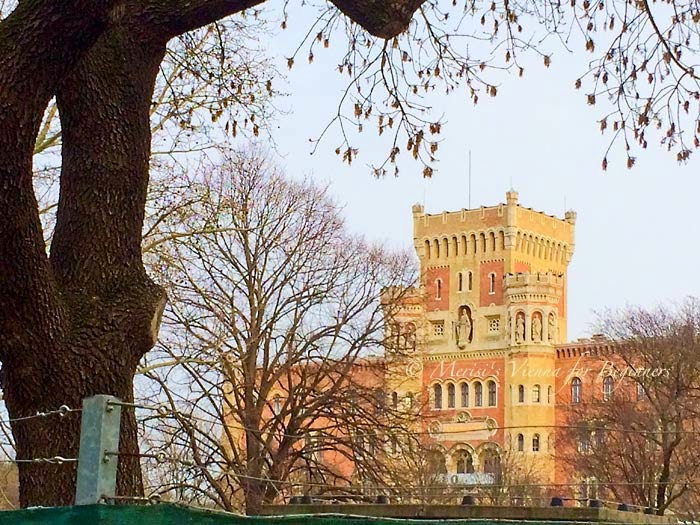 The Arsenal
Museum of Military History 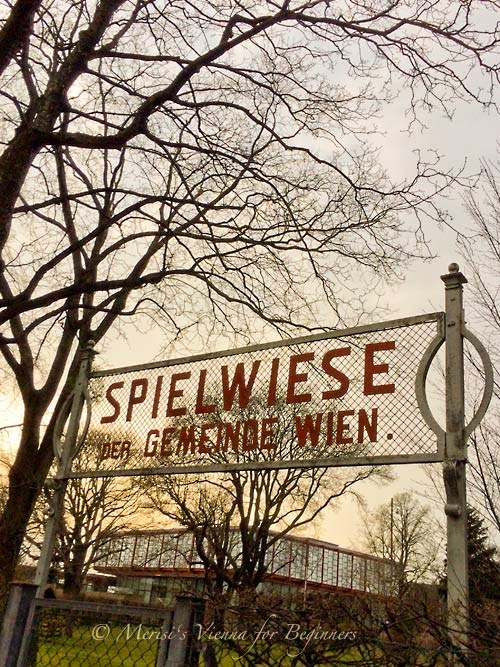 Spielwiese
Playground at Schweizergarten
with the 21er Haus in the background 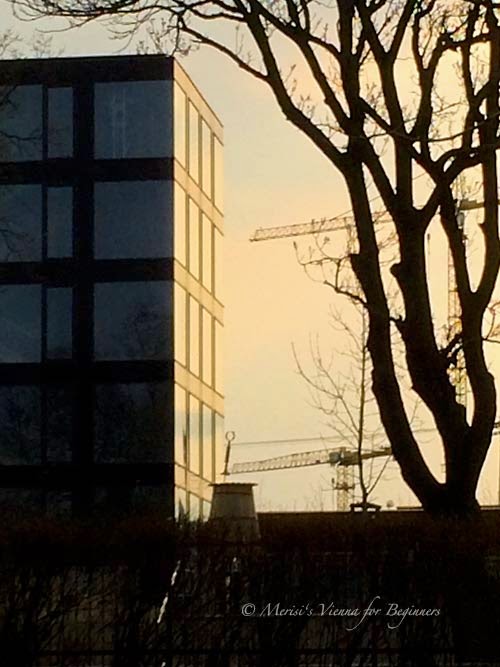 Photographed with my mobile phone
on the evening of 22 March 2015
© by Merisi
Links:
-> The Arsenal in Vienna @ Wikipedia:
The Arsenal is a former military complex of buildings in the south-east of Vienna in the third district.
Several brick buildings in a rectangle layout make up the complex which is located on a bank south of the Landstraßer Gürtel. It is the most distinguished building group of the romantic historism in Vienna and has been constructed in Italian-medieval respectively Byzantine-Islamic style. Essentially the complex is still preserved in its original form, merely a few workshop buildings within the courtyard were replaced.
-> Museum of Military History @ Wikipedia:
The Museum of Military History - Military History Institute in Vienna, is the leading museum of the Austrian Armed Forces, which documents the history of Austrian military affairs through a wide range of exhibits comprising, above all, weapons, armours, tanks, aeroplanes, uniforms, flags, paintings, medals and badges of honour, photographs, battleship models, and documents.
-> Schweizergarten (Maria Josefa Park) @ Wien.at:
The Maria Josefa Park was built in 1903/1904 near the Southern Railroad Station, between the newly constructed Armoury and the old Belvedere Palace. It covers 11.4 hectares and has been redesigned on several occasions
-> 21er Haus - Museum of Modern Art @ Wikipedia:
The 21er Haus or Einundzwanziger Haus (English: House 21) is a modernist style steel and glass building designed by Austrian architect Karl Schwanzer (1918–1975). Originally constructed as the Austrian pavilion or temporary showroom for the Expo 58 in Brussels,[1][2] it was later transferred to Vienna to house the Museum of the 20th Century, which explains why it was first nicknamed "20er Haus" (House 20). Between 1979 and 2001, the building also acted as a depository for contemporary art works. From 2009 to 2011, it was remodeled by the architect Adolf Krischanitz and consequently renamed 21er Haus to reflect the 21st century.[
Posted by Merisi at Sunday, March 20, 2016