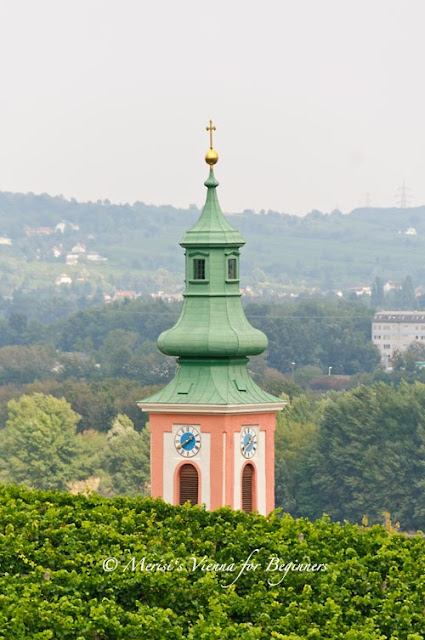 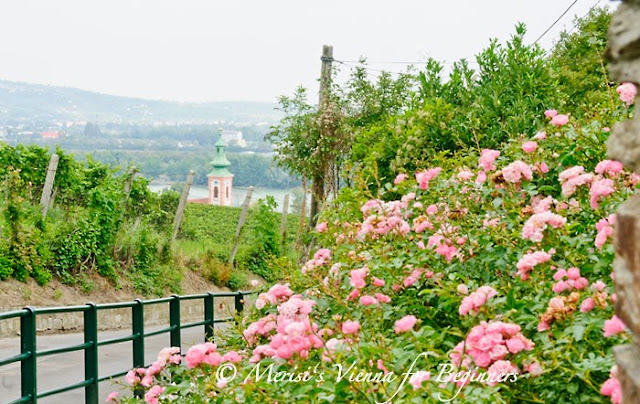 Hiking into the Vineyards
A narrow street is a favorite route
for a Sunday hike, up into the vineyards -
behind the church, the Danube river flows through,
in a greenish mood, due to the overcast sky 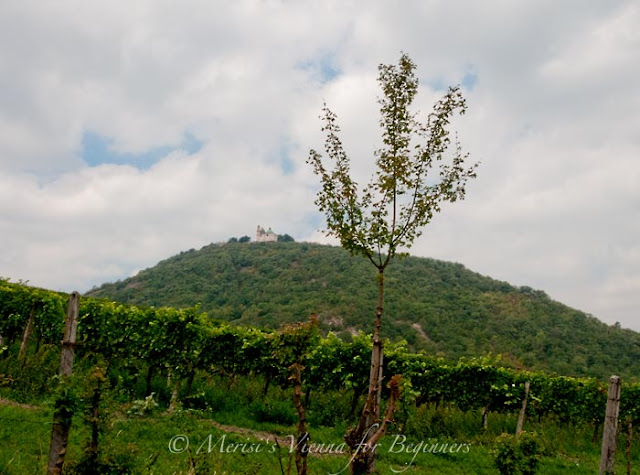 Photographed Sunday 13 September 2015
Images and above Text © by Merisi
Links:
-> Kahlenbergerdorf Parish Church:
"A church is recorded in Kahlenbergerdorf in 1168; it was already an independent parish in 1256. The church was destroyed in 1529 by the Turks but it was rebuilt. Renovation work took place in 1633 and 1771.
The parish church is based on a simple late Romanesque/early Gothic building, which was given a Baroque appearance during the last renovation. The southern spire was also given a Baroque roof. The church’s white rib vault was erected on the remains of the medieval church that had been destroyed by the Turks."

-> Kahlenbergerdorf in the 19th District:
"Kahlenbergerdorf lies in the north of Vienna on the right-hand bank of the Danube river in a valley between the Nußberg and Leopoldsberg hills. In the north, Kahlenbergerdorf borders Weidling, and in the east Jedlesee. To the south lies Nußdorf, to the west, Josefsdorf. The parish cemetery lies amongst the vineyards above the centre of Kahlenbergerdorf, which covers a total area of 226,01 hectares."

-> Leopoldsberg:
"The Leopoldsberg (425 m, 1,394 ft) is perhaps Vienna’s most famous hill, towering over the Danube and the city. Leopoldberg’s most prominent landmark is the church which stands at the top, and which is clearly visible from Vienna below. The construction of Saint Leopold[disambiguation needed]'s Church on Leopoldsberg began in 1679; an expansion following a design by Antonio Beduzzi was undertaken from 1718 to 1730."