Wotruba Church
Where Art and the City meet the Vienna Woods 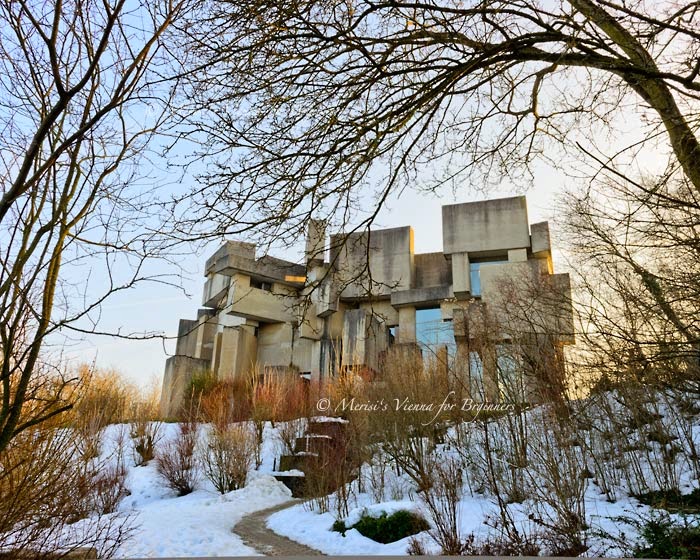 The Wotruba Church
Built between 1974 and 1976 on the top of a hill,
where the Vienna Woods meet the outskirts of the city -
Designed by the Austrian artist and sculptor Fritz Wotruba,
with technical plans by architect Fritz Gerhard Mayer 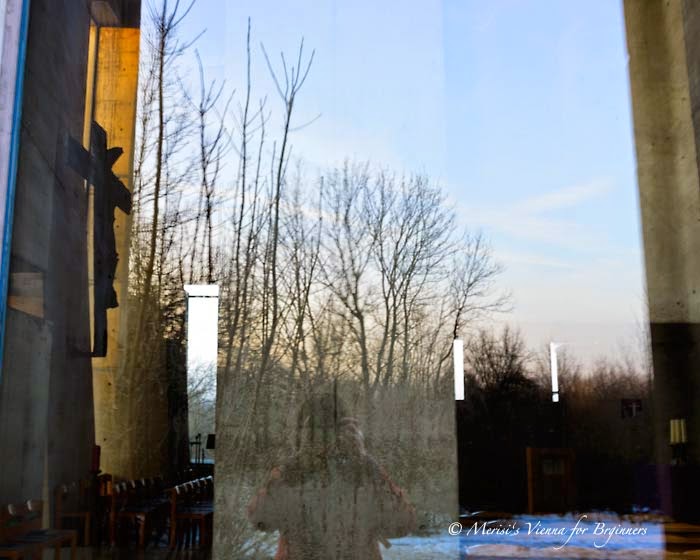 From the Outside looking in
The nave awash in evening light
streaming in through plain glass windows,
illuminating the interior, with the concrete walls
reflecting the sky and surrounding woods -
an unexpected lightness, considering the rather
fortresslike concrete exterior 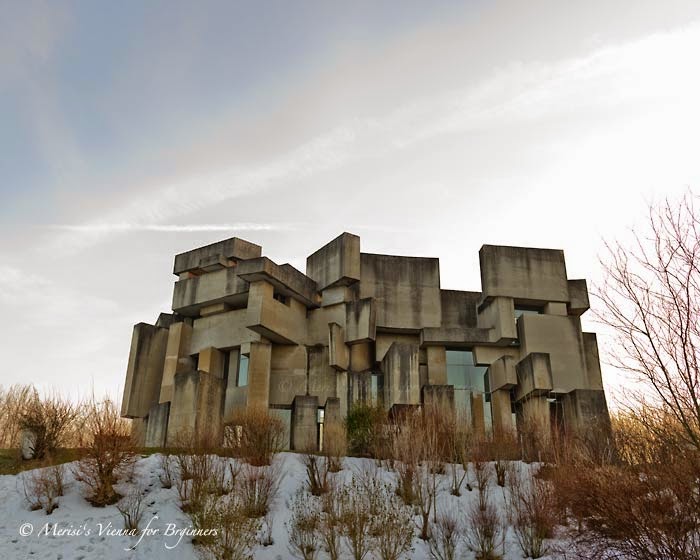 The church can be reached from the Inner City
by taking metro U4 from Karlsplatz to Hietzing station,
from there tram #60 to the end station at Rodaun

Photographed 20 February 2015
© by Merisi
Links:
-> For anyone looking for information about Vienna,
I recommend bookmarking the Vienna Direct Homepage

-> Quote from The Wotruba Church at Vienna Direct:
"The Kirche zur Heiligsten Dreifaltigkeit is considered by most art critics to be his ultimate artistic achievement." (...)
"Wotruba had found his inspiration during a visit to the French city of Chartres, a place that embodied the essence of modern Europe to him, and started working on the plans in 1967. Unfortunately the sculptor died in 1975, before the completion of the church. His collaborator, the architect Fritz G. Mayr, finished the work, thus achieving his vision of a temple to God in today’s modern world."

-> Skies from all over the World: Sky Watch Friday
Posted by Merisi at Saturday, February 21, 2015