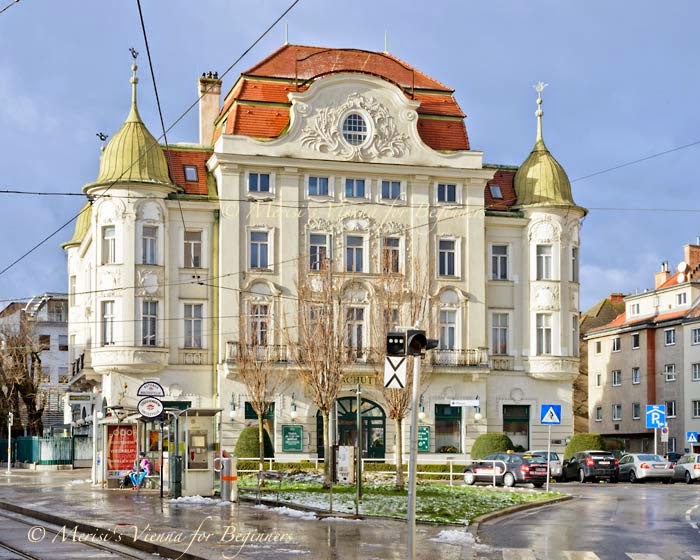 Less than five minutes from
the Hietzinger Tor - west gate - of Schönbrunn
and just across the street from Café Dommayer.
The building that dominates the intersection
is the 1900s home of the original Plachutta restaurant.
It is well-known for one of the hallmarks of Viennese cuisine,
the Tafelspitz, a special cut of beef slowly simmered
in its own broth. Traditionally served in a copper pot,
the beef consommé as a first course, and the sliced meat
with chive and horseradish sauces as the main dish,
alongside pan-fried potatoes and spinach

Photographed 4 January 2015
Image and Text © by Merisi
Links:
-> Merisi's visits to Café Dommayer
-> Merisi's Schönbrunn through the seasons
Note: There are three stops along line 58 that take you to Schönbrunn:
1) Schönbrunn (the closest one to the main entrance and the palace)
2) Hietzing (same building as the U4 metro, above the Wienfluss)
3) Dommayergasse (a short walk from the Hietzinger Gate, the west exit of the Schönbrunn gardens)
Posted by Merisi at Tuesday, January 06, 2015