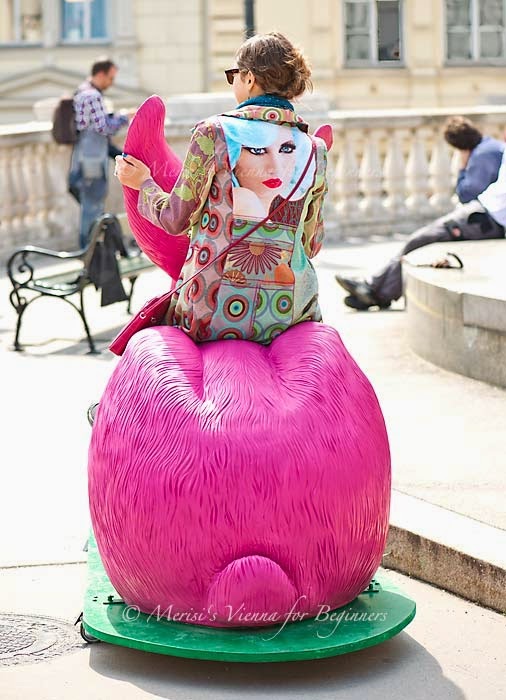 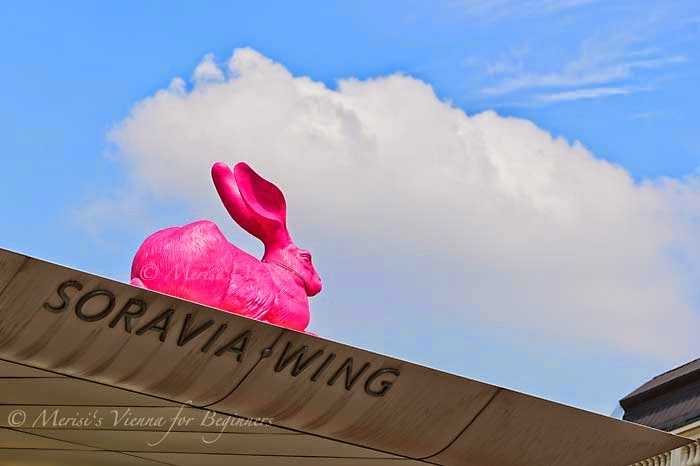 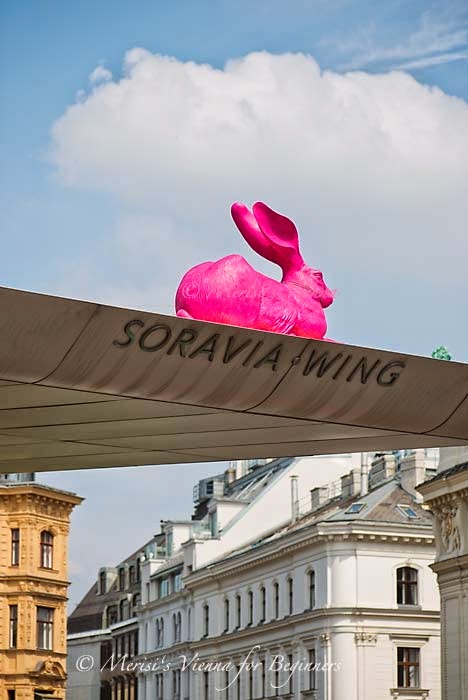 The giant plastic sculpture of Dürer's "Young Hare"
will reign over the city until the end of June,
during the exhibition "Dürer, Michelangelo, Rubens"
currently at the Albertina Museum

Another copy of the sculpture
sitting on a giant green skateboard,
will be exhibited throughout to city
to promote the exhibition

Images and Text © by Merisi
Links:
-> Austrian Pritzker Prize Laureate Hans Hollein Passes Away
->
DÜRER MICHELANGO RUBENS
The 100 Masterworks of the Albertina
14 March 2014 - 29 June 2014
"The large-scale presentation unites the highlights of the collection, from Michelangelo through Rembrandt and Rubens to Caspar David Friedrich. The centrepiece of the Albertina, Dürer's famous "Young Hare", is now once again accessible to an interested public in the context of this exhibit after a decade-long period of grace"
-> Google Art Project: Dürer's Hare as Gigapixel Project
-> History of Albertina Palace and its Collections
Posted by Merisi at Friday, April 25, 2014