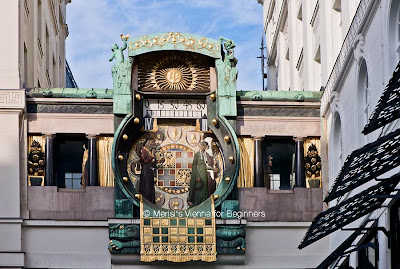 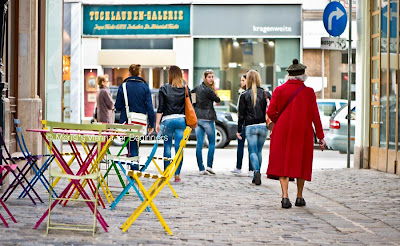 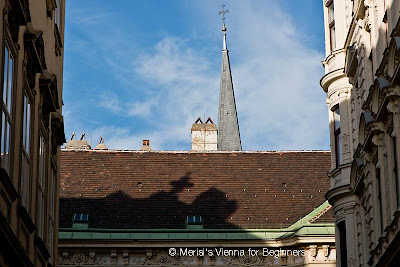 Looking up
while crossing the street 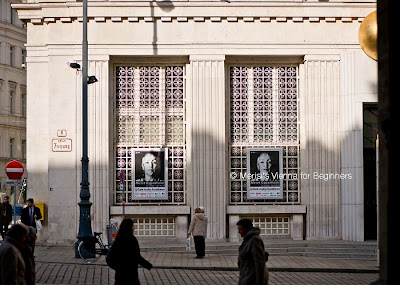 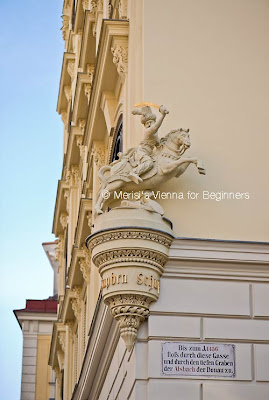 Statue of a Turkish Soldier at Heidenschuss
at the south-eastern corner of Freyung Square
The statue is commonly viewed as a reminder
of the Turkish Siege of Vienna in 1529.
The name "Heidenschuss" may go back as far as
the year 1292, when the Tartars overran Austria

Photographed in the late afternoon
of 20 March 2013
Images and Text © by Merisi
Links and sources:
-> Ankeruhr (Anker Clock)
The Art Nouveau clock was built in the 1910s to plans by artist Franz von Matsch. It connects two buildings of the Anker insurance company.
The short video I am linking to shows the clock at noon when all of the historical figures move across at once.
-> Wikipedia, Battle of Vienna - Ottoman–Habsburg wars, the 300-year struggle between the Holy Roman Empire and the Ottoman Empire
-> Earl of Ellesmere, The Sieges of Vienna by the Turks

For more spring skies, clicking on the
SkyWatch icon below