Where Johann Strauss Made his Debut
Café Dommayer in Hietzing 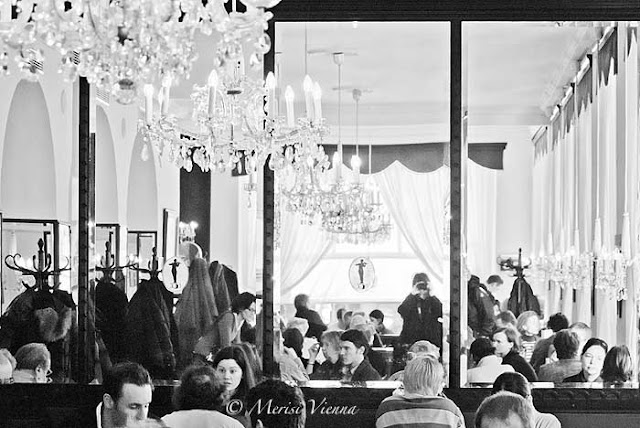 Photographed in January 2009
Image © by Merisi
"Strauss made his debut at Dommayer's in October 1844, where he performed some of his first works, such as the waltzes "Sinngedichte", Op. 1 and "Gunstwerber", Op. 4 and the polka "Herzenslust", Op. 3. Critics and the press were unanimous in their praise for Strauss's music. A critic for Der Wanderer commented that "Strauss’s name will be worthily continued in his son; children and children’s children can look forward to the future, and three-quarter time will find a strong footing in him."
Source: ->Johann Strauss II at Wikipedia
Posted by Merisi at Friday, February 16, 2018