In Mochi's Garden in the Shade
Viennese Summer, and the Living Is Easy 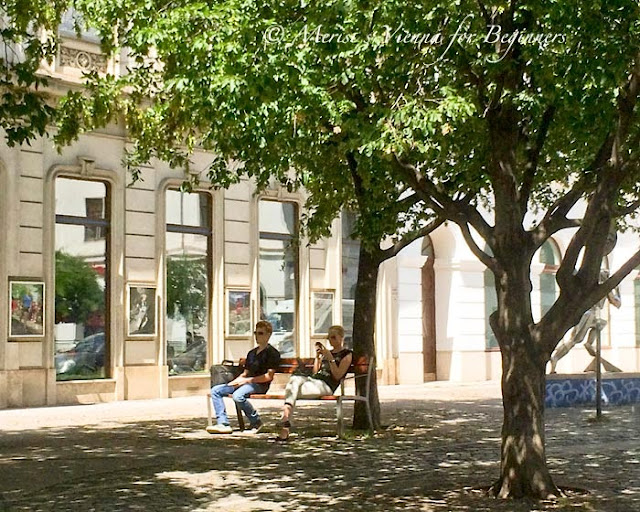 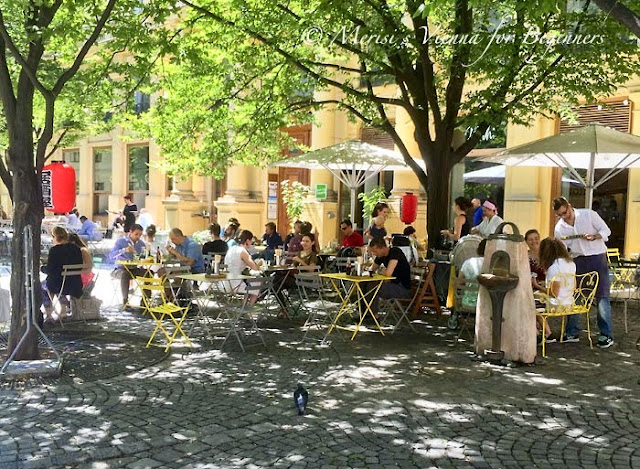 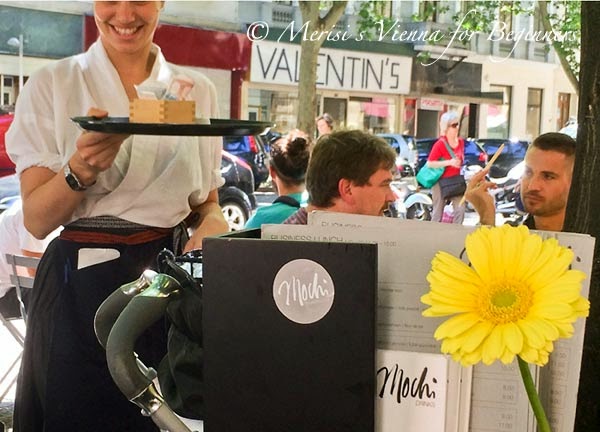 Remember my Quest
to find a grumpy Viennese waiter?
Forget about it! After all my time
of living and wining and coffee drinking in Vienna,
I suggest this is but a bit of lore 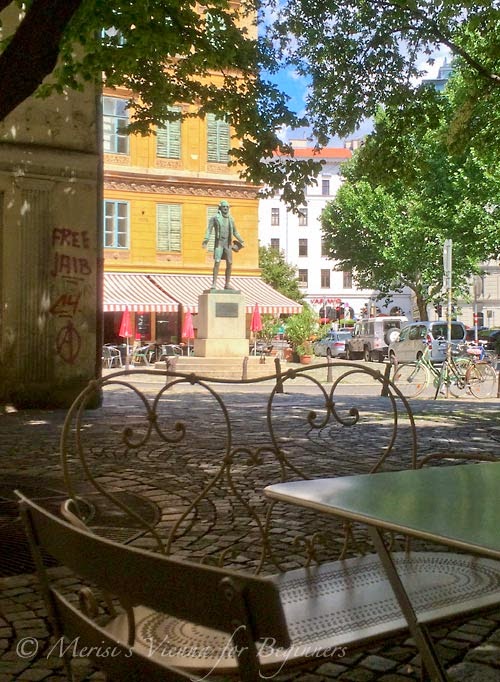 Photographed with my mobile phone
15 July 2014 at lunchtime
along Praterstrasse and Mochi Restaurant
in Leopoldstadt, Vienna's 2nd District
© by Merisi

Links:
-> A something in a summer's Day by Emily Dickinson
-> Mochi Grill and Sushi
-> Merisi's Leopoldstadt and Praterstrasse
-> Johann Nepomuk Nestroy (7 December 1801 – 25 May 1862) at Wikipedia:
"Johann Nepomuk Eduard Ambrosius Nestroy .... was a singer, actor and playwright in the popular Austrian tradition of the Biedermeier period and its immediate aftermath. Dubbed the "Austrian Shakespeare", in style he is more comparable to Molière."
Posted by Merisi at Thursday, July 13, 2017