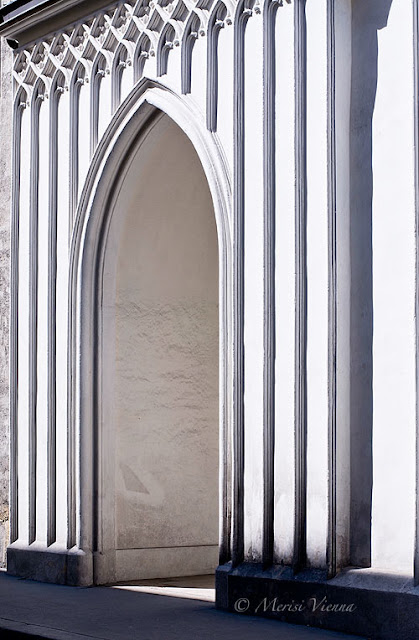 Image © by Merisi
Link:
-> Augustinian Church at Wikipedia:
"In 1327, Duke Frederick the Handsome (Friedrich der Schöne) founded this church with a cloister for the Augustinian friars.
In 1634, the Augustinerkirche became the parish church of the imperial church. As imperial church, many Habsburg weddings took place there, including the wedding of Archduchess (and future Empress) Maria Theresa in 1736 to Duke Francis of Lorraine, the wedding of Archduchess Marie Louise in 1810 to Emperor Napoleon Bonaparte of France, and the wedding of Emperor Franz Joseph in 1854 to Duchess Elisabeth in Bavaria."
Posted by Merisi at Monday, February 27, 2017