Along the Little Danube
Viennese Vistas 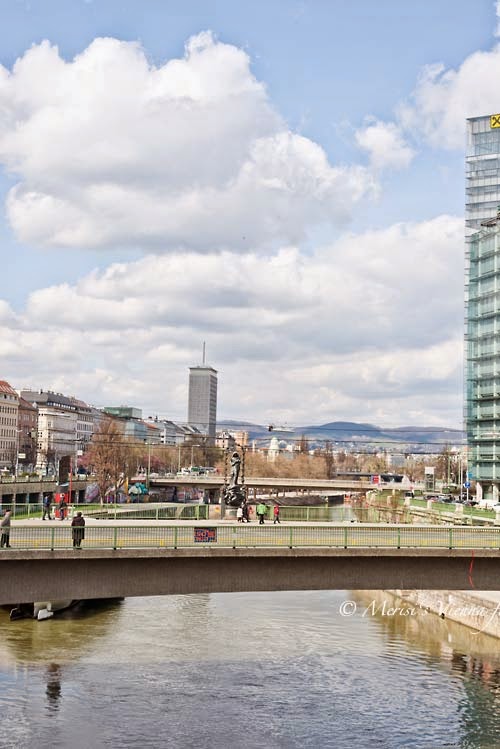 Donaukanal "Little Danube"
The Inner City (First District)
to the left, Leopoldstadt (2nd District)
on the right -
view from Schwedenbrücke
and, below, from Motto am Fluß restaurant 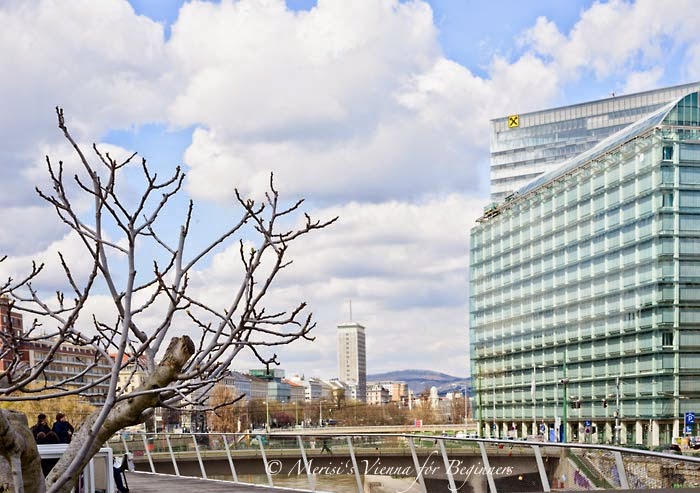 Ringturm
The 1950s Ring Tower
beckons on the horizon,
beyond that, the vineyards of the 19th District

Photographed 4 April 2015
Images and Text © by Merisi
Quote from Donaukanal at Wikipedia:
The Donaukanal ("Danube Canal") is a former arm of the river Danube, now regulated as a water channel (since 1598), within the city of Vienna, Austria . It is 17.3 km (10.7 mi) long and, unlike the Danube itself, it borders Vienna's city centre, Innere Stadt, where the Wien River (Wienfluss) flows into it. (...) Because in German, the name Kanal, which has been used since about 1700, evokes associations of an open sewer, attempts at renaming the Donaukanal have been made (one suggestion was Kleine Donau—Little Danube) but have not met with success.
Posted by Merisi at Thursday, April 09, 2015