Stormy April Weather in March
Up and down Graben Square 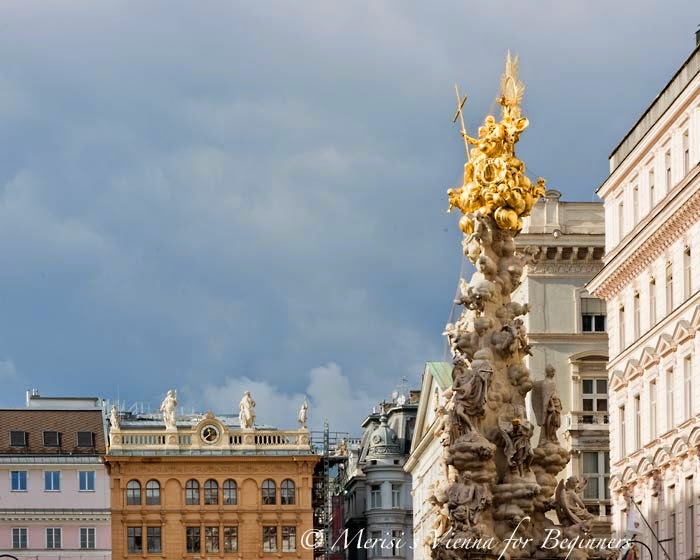 Lunch Hour
Dark clouds, illuminated by the sun,
rushing over the Viennese sky 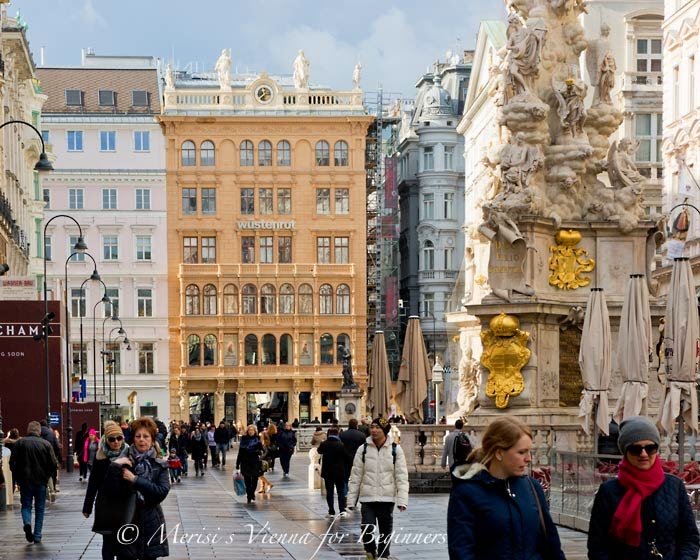 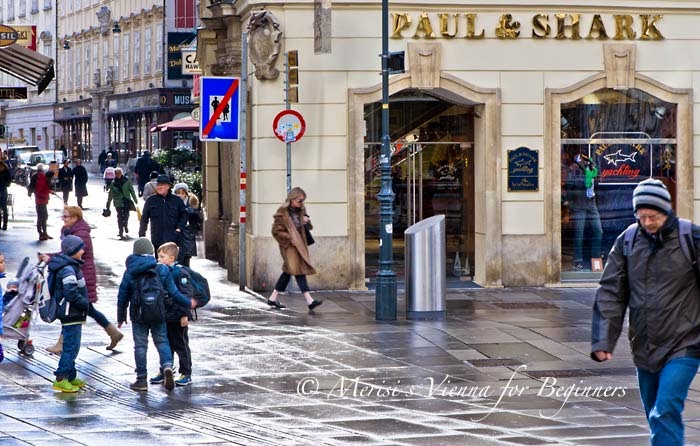 and the square once again
the center of bustling activity 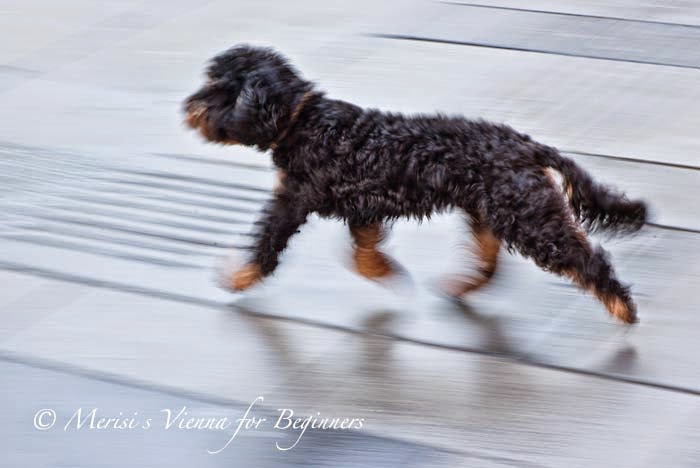 The Fanboy
Heading to a coffee house,
for some postbrandial delight?

Photographed 4 March 20015
Images and Text © by Merisi
Links:
-> Graben @ Wikipedia::
"The Graben (German: Trench) is one of the most famous streets in Vienna's first district, the city centre. It begins at Stock-im-Eisen-Platz next to the Palais Equitable and ends at the junction of Kohlmarkt and Tuchlauben."
"The Graben traces its origin back to the old Roman encampment of Vindobona. The south-western wall of the settlement extended along the length of the present-day Graben and Naglergasse; before the wall lay a trench (Graben). This trench still stood in front of the medieval city walls. At the end of the 12th century, the city was enlarged by the Babenberg Dukes, using the ransom money for Richard the Lionheart. At this time the trench was filled in and levelled. The Graben thereby became one of the first residential streets in the new section of the city."
-> Plague Column @ Wikipedia
-> Sky Watch Friday
Posted by Merisi at Friday, March 06, 2015