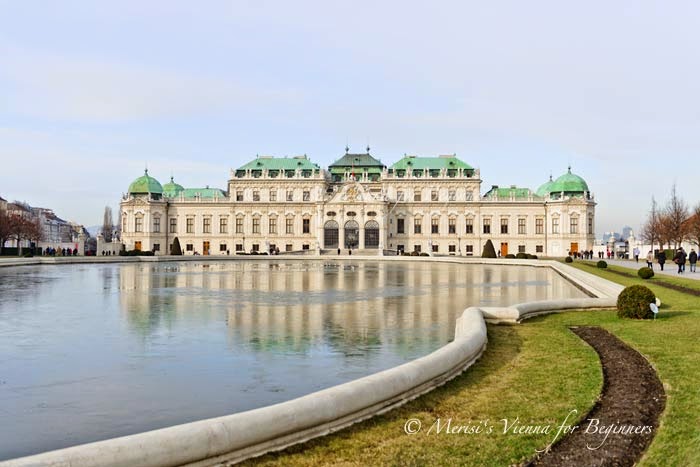 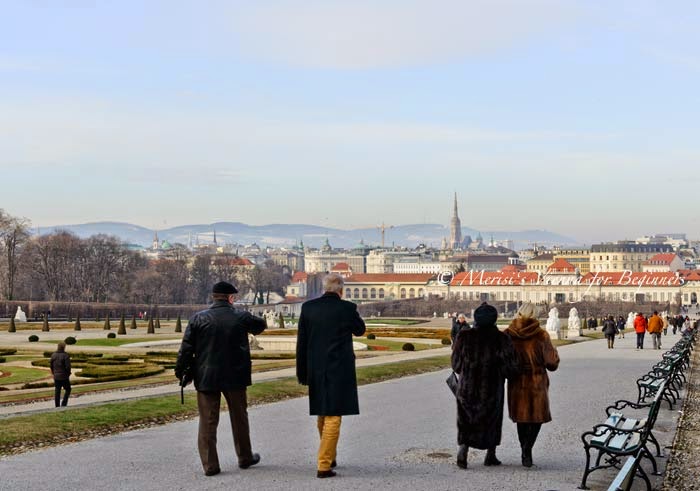 Looking back up from the Lower Belvedere
The sun had retreated behind a curtain
of dense fog from the Danube river,
the Upper Belvedere palace almost
disappearing in the haze

Photographed Sunday Afternoon
1 February 2015
Images and Text © by Merisi
Links:
-> Some of Merisi's photographic encounters
with Prince Eugene's legacy as patron of the arts
-> Prince Eugene of Savoy at Wikipedia:
"Prince Eugene of Savoy (French: François-Eugène de Savoie, Italian: Principe Eugenio di Savoia-Carignano, German: Prinz Eugen von Savoyen; 18 October 1663 – 21 April 1736), was a general and statesman of the Holy Roman Empire and the Austrian monarchy and one of the most successful military commanders in modern European history, rising to the highest offices of state at the Imperial court in Vienna. Born in Paris, Eugene grew up around the French court of King Louis XIV. (...)
Rejected by Louis XIV for service in the French army, Eugene moved to Austria and transferred his loyalty to the Habsburg Monarchy."
Prince Eugene's legacy as "Patron of the Arts" is also fascinating, the Wikipedia article a good introduction to both his life and what he left behind:
"Eugene's rewards for his victories, his share of booty, his revenues from his abbeys in Savoy, and a steady income from his Imperial offices and governorships, enabled him to contribute to the landscape of baroque architecture."
-> City Daily Photo February Theme: What would you miss most about your City?
Posted by Merisi at Monday, February 02, 2015