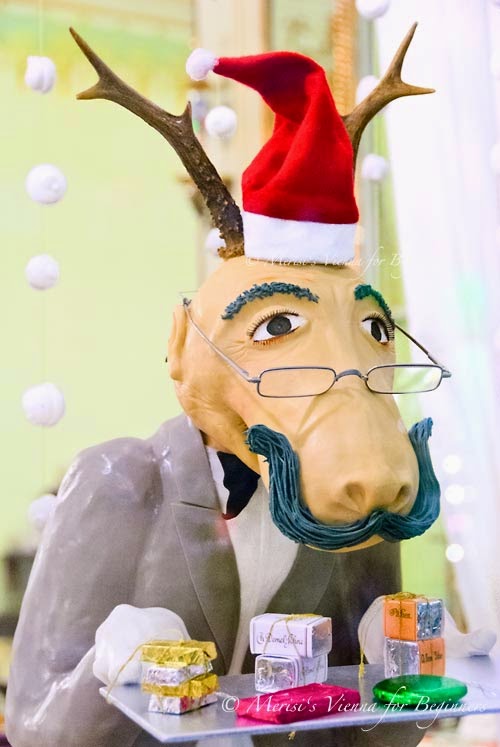 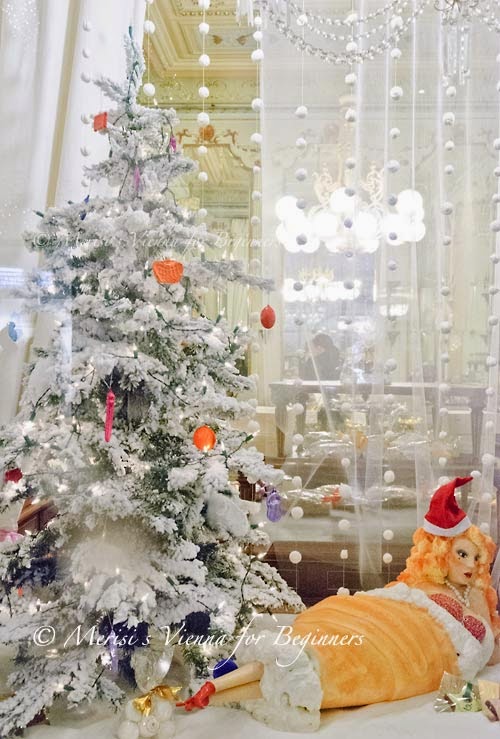 Das Hochwohlgeformte Fäulein von Schaum in ihrer Rolle *)
Highborn damsel stuck up to her bosom
in puff pastry and whipped cream -
a sugar paste creation by Demel's pastry chefs,
based on drawings by Federico von Berzeviczy-Pallavicini 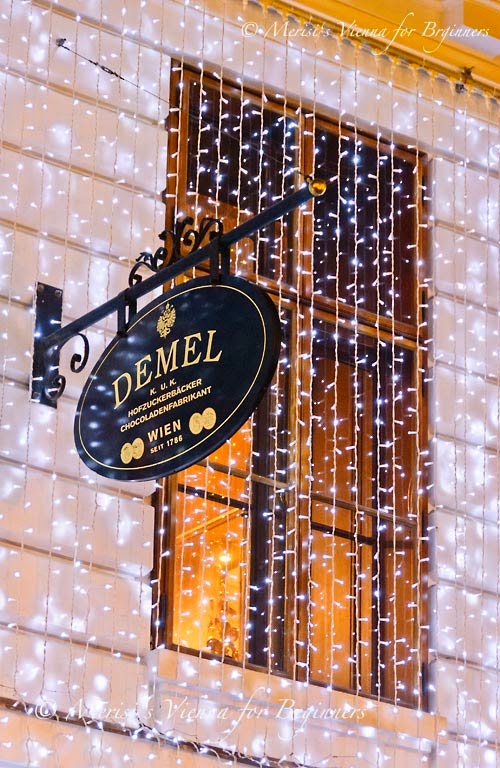 Photographed 23 December 2010
at
D e m e l
K. & K. Hofzuckerbäckerei
Royal and Imperial Confectioners
Kohlmarkt 14
Images © by Merisi
Link:
*) The tonge-in-cheek, aristocratic sounding name of the lady-in-waiting
is an allusion to an Austrian pastry, the Schaumrolle:
Schaumrolle @ Wikipedia
"Schaumrollen, or Schillerlocken, are an Austrian confection. They consist of a cone or tube of pastry, often filled with whipped cream. Also called foam rollers, they are a bags or roll-shaped puff pastry, which is sweetened with whipped cream, or sometimes filled with an unsweetened cream puree."
Merisi's note: I do not know what "cream puree" is, but from what I understand, the alternate to whipped cream tastes like Italian meringue, made by slowly adding boiling hot sugar sirup to whipped egg whites. That makes a fluffy, sweet filling, and does not soften the puff pastry shell, unlike the whipped cream (the later is for immediate consumption).
Posted by Merisi at Tuesday, December 23, 2014