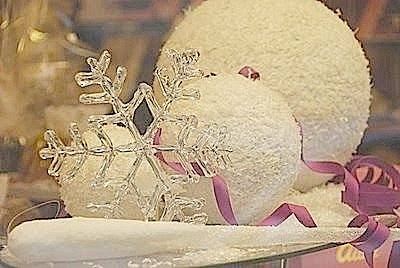 Once upon a time,
I had my own personal groundhog.
We passed each other frequently
at the intersection of Democracy Boulevard
and Seven Locks Road,
Zip code 20854. 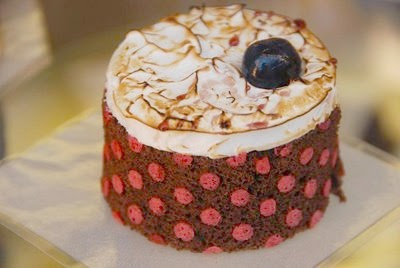 He would sit by the road, on the Cabin John Creek side,
and give me a regal wave with his right paw.
I wonder if anybody has seen him lately.
Today, perchance, on Groundhog Day? 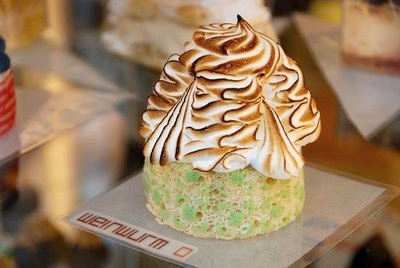 There is no Groundhog Day in Vienna.
Austrian groundhogs prefer to live the high life,
- high as in high in the Alps -
and not a single one of them would be silly enough
to dig himself up through something like ten feet of snow
to check his shadow on the second day of February.
They rather brew themselves another pot of coffee or tea,
and wait for April showers to wash away the whole white mess. 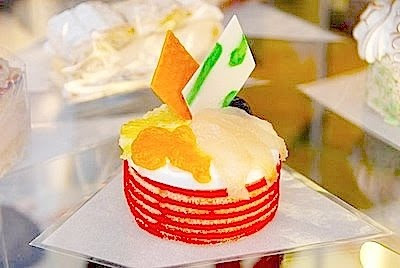 There being no Groundhogs in Vienna,
therefore no Groundhog Day,
I had to invent my own little weather forecast game:
How about counting cakes instead,
I said to myself when I spotted a little merry-go-round,
ferrying cakes, round and round and round:
If the number of cakes passing is an even one,
winter will soon end! 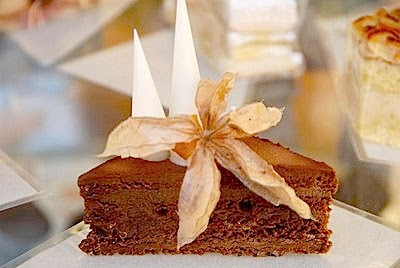 If on the other hand,
the number is an uneven one,
I shall go in and eat that culprit,
to make sure that winter will not continue
for six more weeks!
I was ecstatic about my ingenuity:
I felt like Don Quixote,
ready to saddle Rosinante attack
windmills with my Dulcinea sword cake fork. 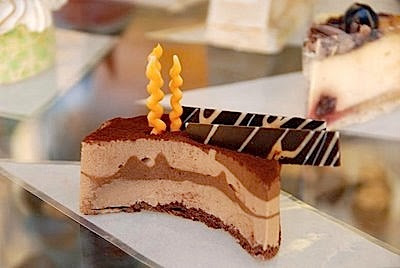 A rather dizzying task,
as it turned out:
Those pesky cakes sped by so fast,
I had hardly time to push the shutter release button,
let alone count!
I must confess,
I failed. I failed the quest! 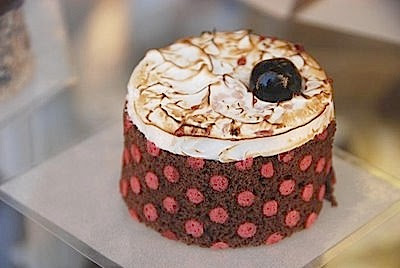 I forgot to count,
absorbed as I was to get ahold of a picture
of each of the cakes to document their number. 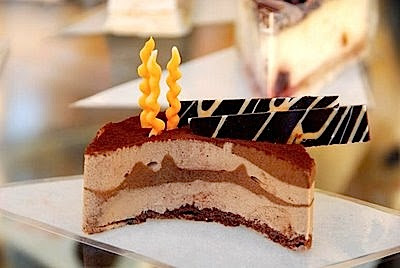 The cakes
passed by, 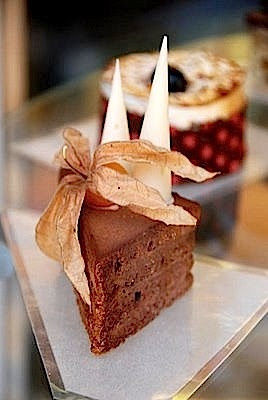 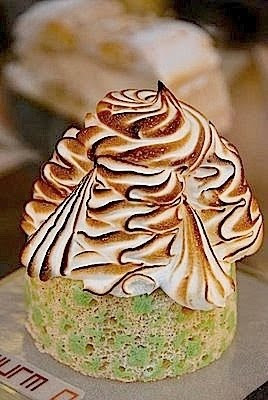 and again!
I was so exhausted from not-counting,
I could not even recall anymore
whether an even number meant
seven more weeks of winter
or instant spring!

I do miss the good old days
with my Very Own Groundhog:
A look and a light wave of my hand
was all it took back then.

Photographed at:
Aida Café Bognergasse, the snowballs;
and all those cakes, at
Café Weinwurm, Stephansplatz 11,
in the shadow of St. Stephen's Cathedral!