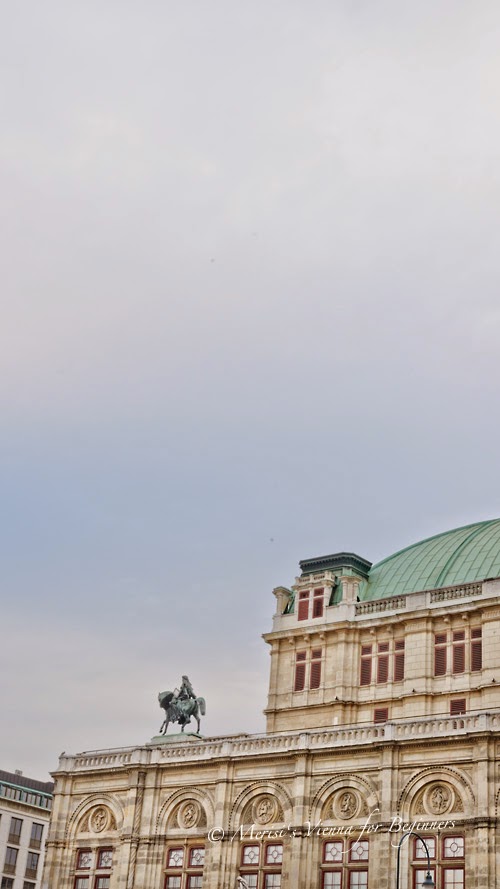 Oper House at Dusk
Winged Equestrian Statue
by German sculptor Ernst Julius Hähnel
(1811 - 1891)
27 March 2014, 5:28 PM
© by Merisi
Links:
-> Vienna State Opera at Wikipedia:
"Towards the end of World War II, on March 12, 1945, the opera was set alight by an American bombardment.The front section, which had been walled off as a precaution, remained intact including the foyer, with frescoes by Moritz von Schwind, the main stairways, the vestibule and the tea room. The auditorium and stage were, however, destroyed by flames as well as almost the entire décor and props for more than 120 operas with around 150,000 costumes. The State Opera was temporarily housed at the Theater an der Wien and at the Vienna Volksoper."
"The Austrian Federal Chancellor Leopold Figl made the decision in 1946 to have a functioning opera house again by 1949. An architectural competition was announced, which was won by Erich Boltenstern. The submissions had ranged from a complete restructuring of the auditorium to a replica of the original design; Boltenstern decided on a design similar to the original with some modernisation in keeping with the design of the 1950s. In order to achieve a good acoustic, wood was the favoured building material, at the advice of, among others, Arturo Toscanini. In addition, the number of seats in the parterre (stalls) was reduced, and the fourth gallery, which had been fitted with columns, was restructured so as not to need columns. The facade, entrance hall and the "Schwind" foyer were restored and remain in their original style."
-> Sky Watch Friday
Posted by Merisi at Saturday, March 28, 2015